The basic concept behind the design of the Ubu all-day restaurant was the creation of an open space, with a central open kitchen that will give guests a live, major experience.It is a clear gesture of symmetry, characterising both the space and the choices of composition made.
Everything seems to lead to the two symmetrically placed wood ovens, which thanks to their Carrara marble lining constitute the focal point of perspective, drawing the eyes with their frame and rendering the main idea even more clear. The central alignment of the two large luminaires in the entrance, the placement of the elongated monastery-type table at the centre of the space, the repeated lighting beams by the luminaires on the two side walls, serve as specific elements that clearly define the axes and lead the perspective to the live ranges of the open kitchen. The concept is further amplified by the visual game created by the placement of the Carrara marble lining at the central point of the hall. The placement of the lining blocks in an “open book” form ensures the participation of the material in the game of symmetry, which is obvious in the space.
The second aspect of the concept refers to the implementation of the “pure food” concept, that is real organic food, which is the motto behind the product offered. Such an idea can only be expressed through the use of materials whose authenticity can shape a genuine and honest environment. The entire colour range, balancing between earthly shadows and the contrast of black and white, is supplemented by a distinct, albeit discreet, manner, by the glances of gold and brass, cast by the luminaires and the decorative items. 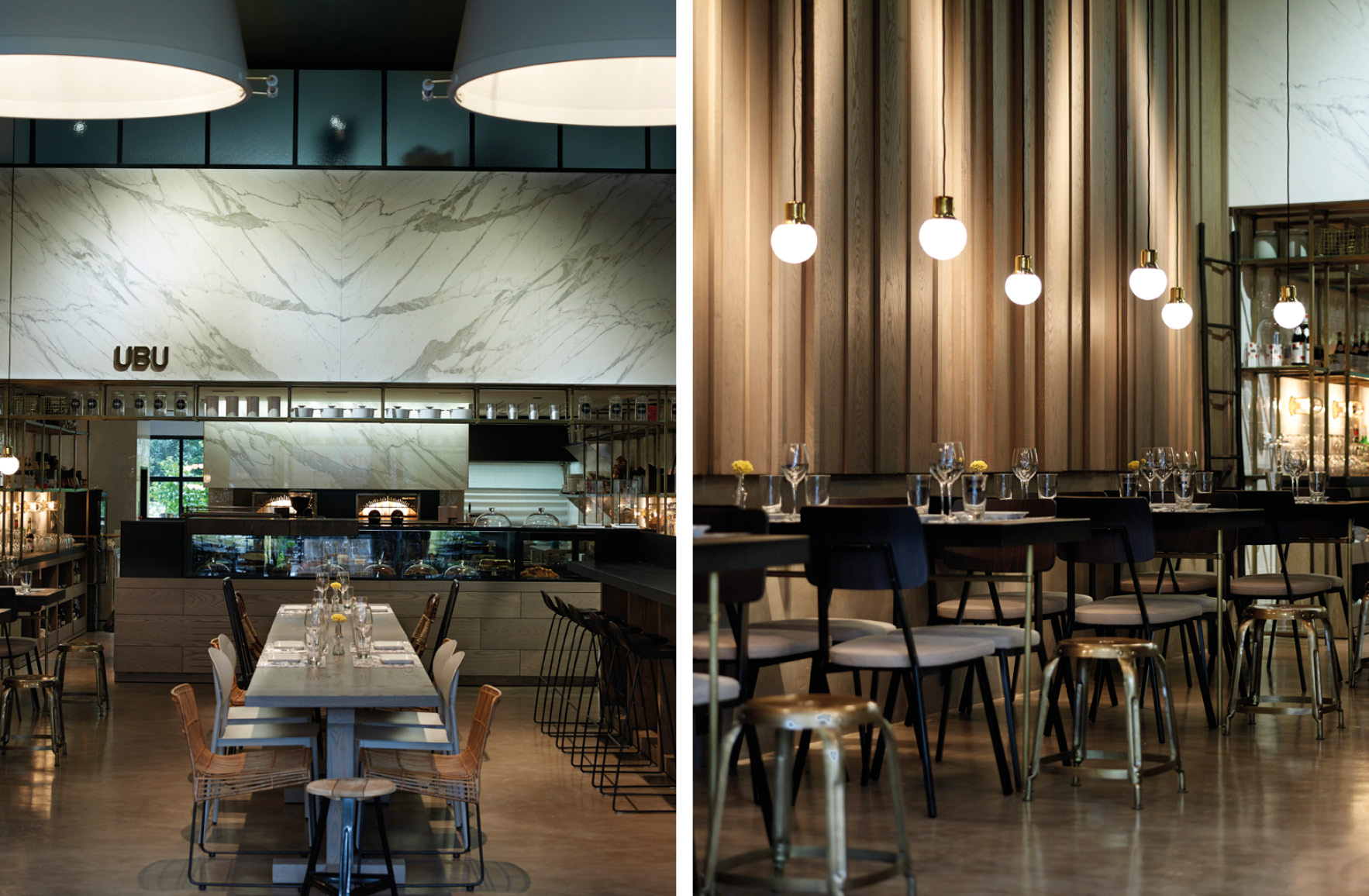 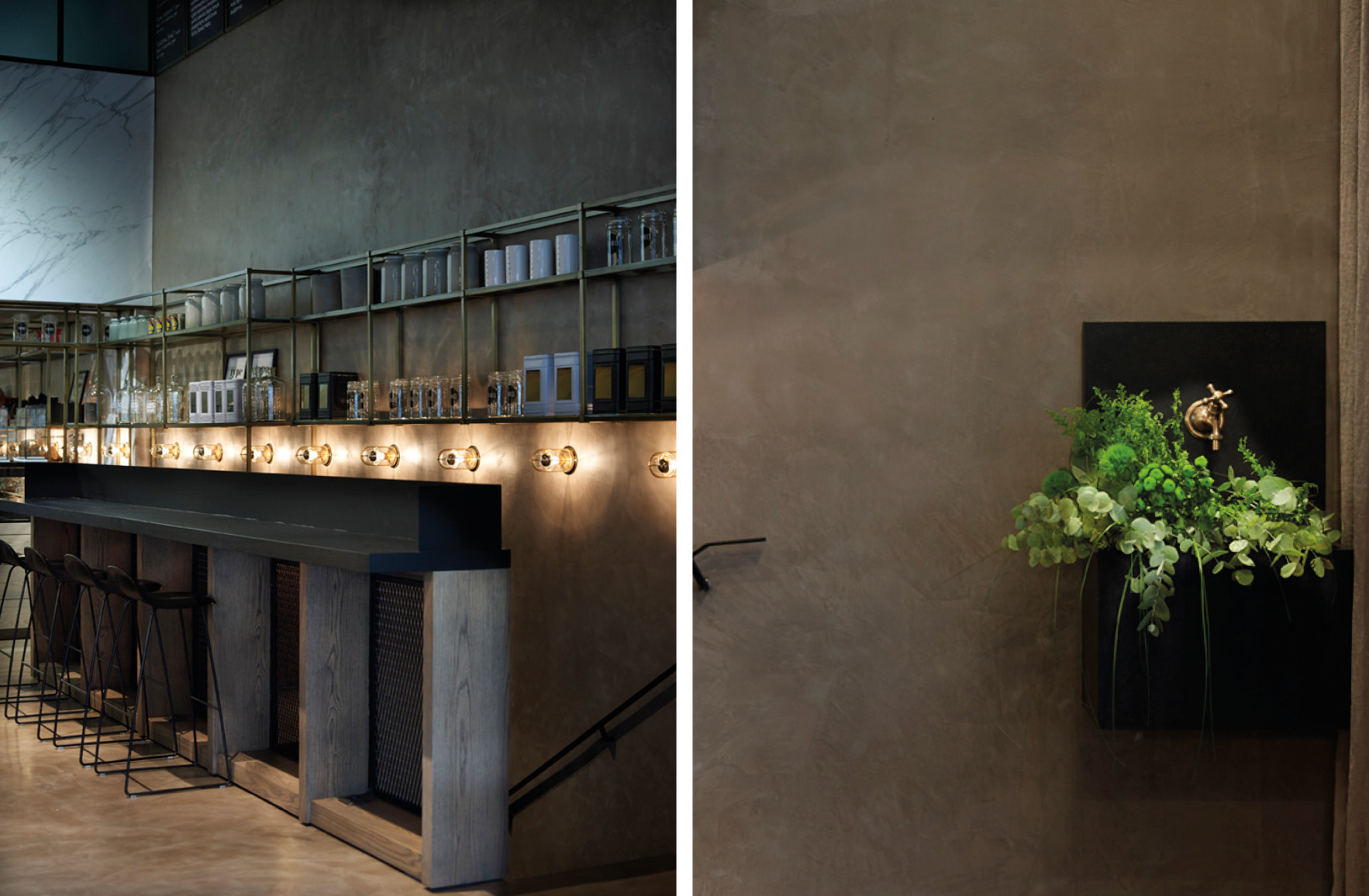 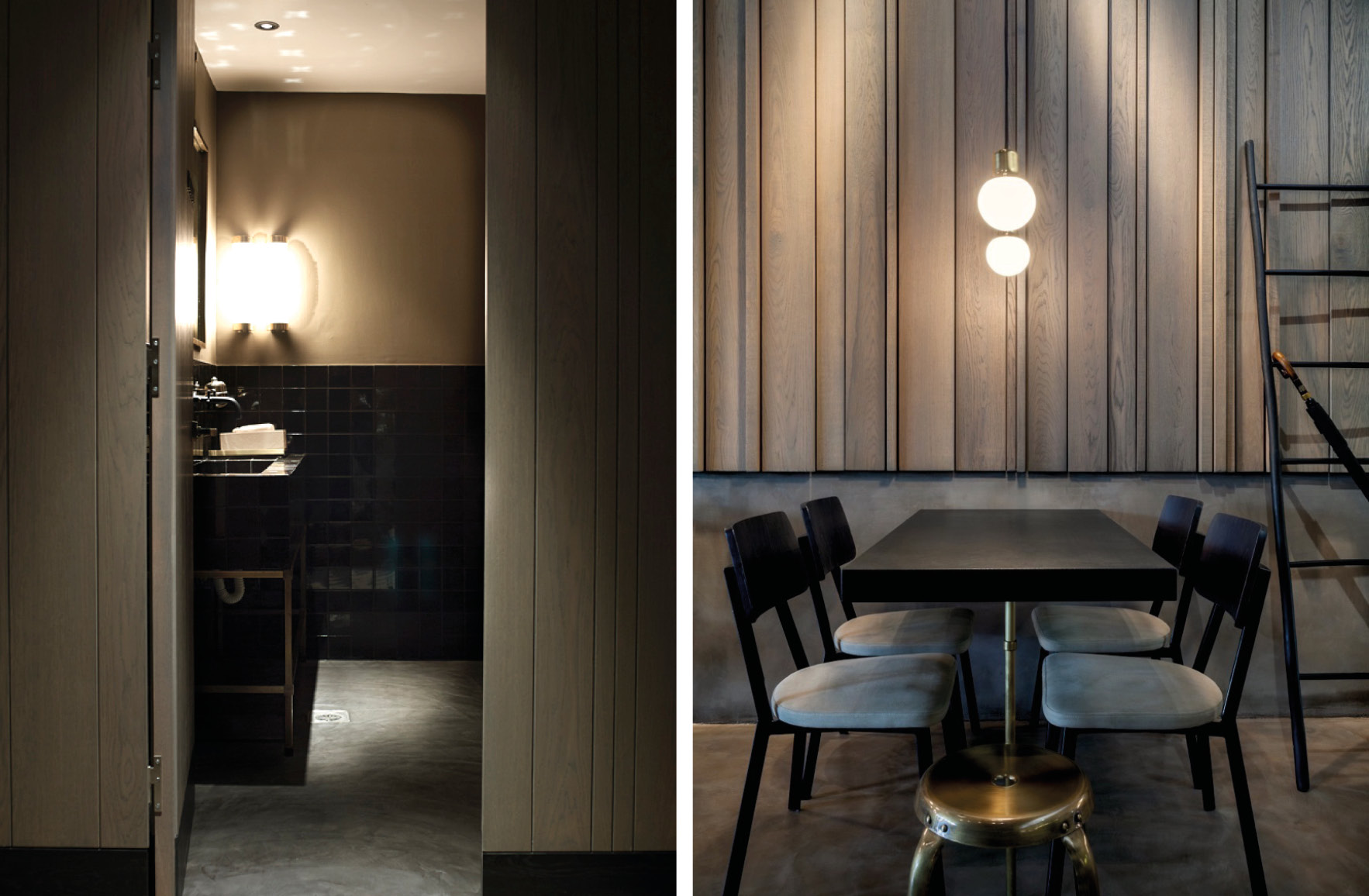